The time came to introduce you one of our projects.

These are little different skates as you are used to and because we are not aware, that some producer is offering these, it would feel sad to not share with you. We built BIGWHEELIN AGGRESSIVE TRISKATE!

As a base were  K2 Varsity of older date but totally new. With these skates we have many years good experience and they function to our biggest satisfaction, so the choice was clear.  The second most important part of construction are chassis. Choice came to ONLY three-wheel UFS (universal frame system) Frame: Kizer Trimax, prepared for three 110mm large wheels. Using of 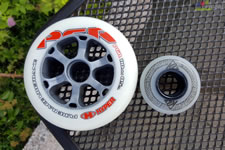 UFS frames was necessary, usual  ThreeWheel chassis have different height of holders for attaching to the shoe so under Agressive shoe they were not suitable. These Kizer Trimax Frames are then heart of all project.

Varsity we got rid of Aggressive frames and took of original soulplates, they are heavy and in our opinion ugly.  Then we put shoes on  lighter souplates intended for  USD Carbon. These  plates were except of weight and design chosen also because they are shaped relatively close to bottom part of shoe Varsity. But still they don´t fit on K2 shoe, so it was needed to shape them so all would cover, skates would work perfectly and nobody would recognize that skates are not right from prodution. This was really the most difficult and overworked point of construction. Because we are Inline fans, we don´t give up easily, but this part of reconstruction was our biggest interest, we did get dirty and workshop was all red :D:D. 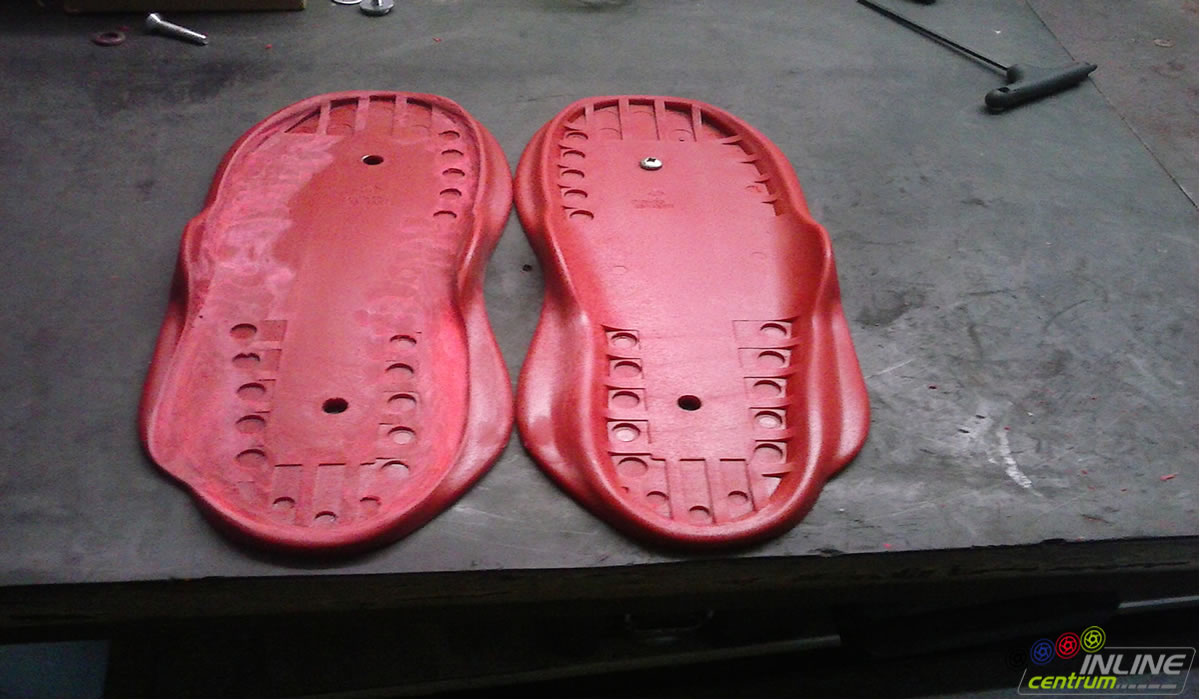 There were used flex, drill with milling machines of all possible shapes and sizes, schmirgls of various widths and revitalist for plastics, here adjustment was as we wanted, you can see on photographs in galery under the article.

The rest of construction was then "easy".To frames didn´t come any backplates under screws for attaching the frame to shoe. This because of height of chassis and size of wheels, didn´t seem safe.  So that is why we made four cubes from dural profile and used tham as backplates as attachment for soulplates and frames to the shoes. Of course we used about width of backplates longer screws than producer supplied for frames.  Then everything was  plug&play, to screw together, sufficiently tie up and put on quality shoes. We chose wheels 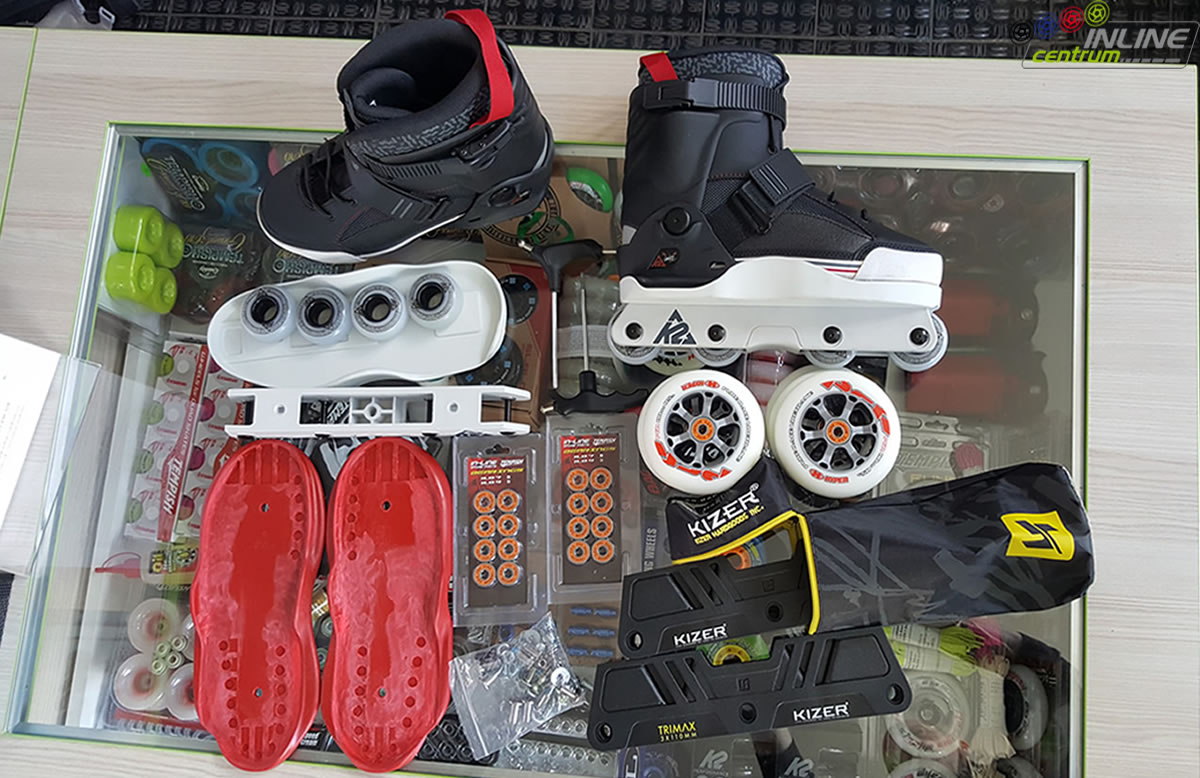 Hyper PGR 110/85A, bearings ILQ 9 Pro from probably the best producer of inline bearings ever, company Twincam and light 8mm spacers Powerslide. Wheels move in this set up perfectly and Slide is thanks to this big fun.

The last, for us very important adjustment we put in shoes special orthopedic insoles Sidas 3D Gel, in our case High Arch, providing for high vault. These insoles which we choose for customers for just their legs, after providing of diganosis of vault will ensure you much better health state of all legs and also lumber spine, at often use. Except of this, with good orthopedic insoles you will get much better support of foot in skate, so your skates will be more maneuverable and also more safe and mostly more fun. From our experience these insoles we recommend to everybody, the health and legs we have only one.

After construction we were very excited from skates, we made great tool for transport. Triskate inline skates you can choose today from many kinds of models of most top producers, from speed and marathon speeders as 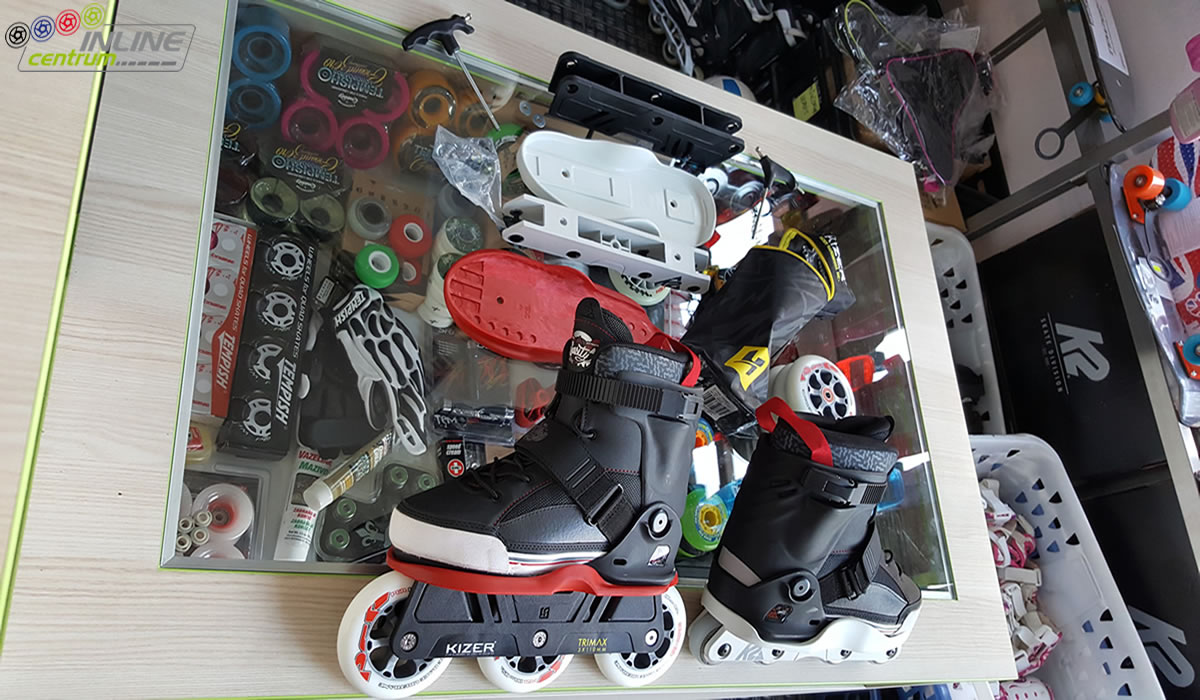 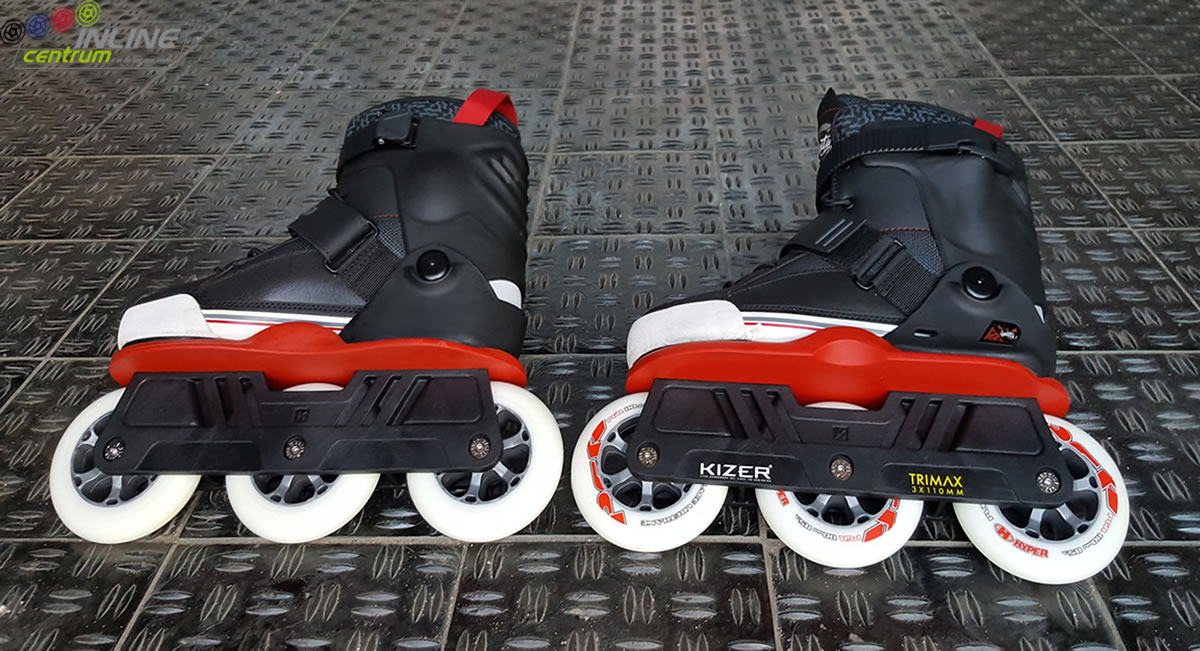 K2 Mod 125 or Powerslide Grand prix Trinity, through fitness abosrbers of kilometers type Powerslide Swell up to urban freeskate type Powerslide Supercruiser, which will be long lasting in urban cruising.  Inline centrum Varsity are moving further. Skates are fast and stabile, downhill on them is heaven! Aggressive shoe offers great support and certainty, but they are still K2 so enough soft and as it is custom already, very comfortable.  Three-wheel chassis thanks to small length hides fantastic maneuverability and playfulness and thanks to configuration 3x110 really crazy speed.  This all together makes from these skates ultimate Urban Weapon. Of course there is possibility Grind on everythng what we meet on the road. Sure, three-wheel conception when you grind, much lowers number of provided tricks, on the other hand, opens door to rider´s creativity.

Except of this, thanks to using UFS soulplats and frames you can anytime Threewheel frame take off and put on Aggressive (cca 5 min fun with imbus). Then you will have again purebread aggressive skates.

Our Varsity function exactly the way as we wished from the start of the project, now we have a lot of fun with them and give us pleasure. Hopefully you will like them as we do.

So sometimes again then, the latest on September BladeNight ride, which we are preparing for you in Prague in Landronka ;)