Serial about brands - part I - Rollerblade 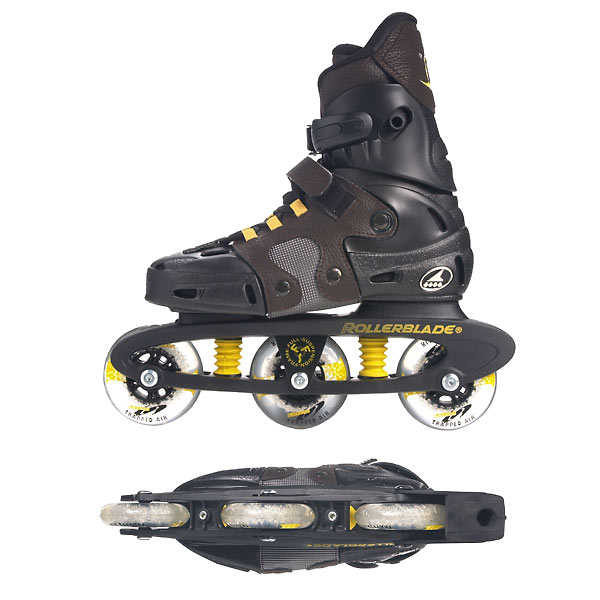 The brand Rollerblade established brothers Scott and Brennan Olsen in the year 1982 in the city Minneapolis. In the beggining of 80s everyone looked at in-line skates curiously.  The main target of Olsen brothers was to rise the interest at hockey team to which they offered roller skates as a training helping tool. After all the state Minnesota where city Minneapolis is located, hockey is well-known here and Olsen brothers  played in this hockey team.

As you can see in the video, in-line skates were originally made as a training helping tool for hockey players in the summer, they were placed on hockey shoe. It was really hard to find the right material for the wheels and also look at the brakes placed before tip of skate, similar brake we find today on treck (squad) skates.  From the training tool for hockey players and later for skiers in-line skating was the fastest developing sport in the world in a short time.  Good for this development was extension of in-line skates to retail distributors, from the beginning people were interested in in-line skates on legendary american beaches Miami Beach in Florida and Venice Beach in L.A.  The skates then started to get to public known as a sport for pure fun.  There was domination of brand Rollerblade, so in America they started to name in-line skates by word Rollerblade/Rollerblades.  This brand is still used today and in America the brand Rollerblade helped to develop this sport a lot.  In 80s the various actions and races also started to happen focused to in-line skates, also aggresive skating started to expand. In-line skating was still not main sport, only few people skated but not the majority. 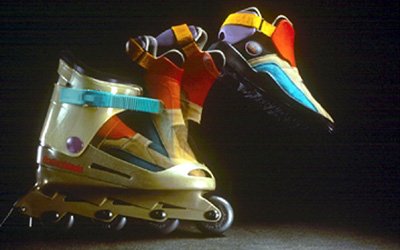 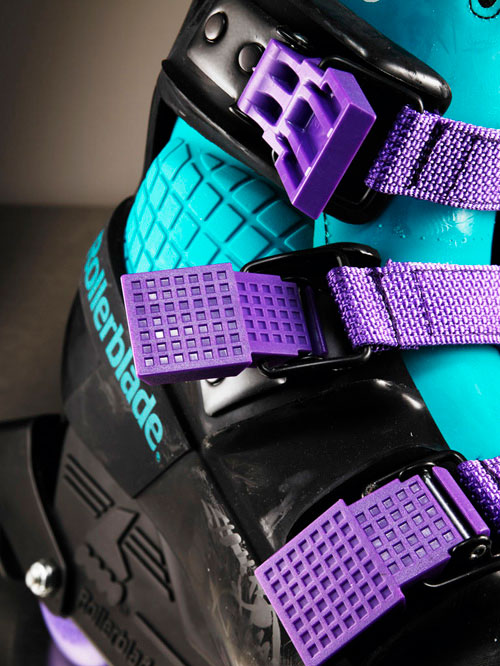 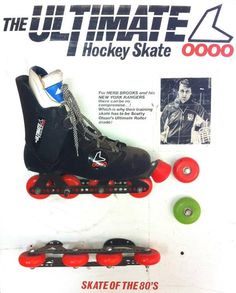 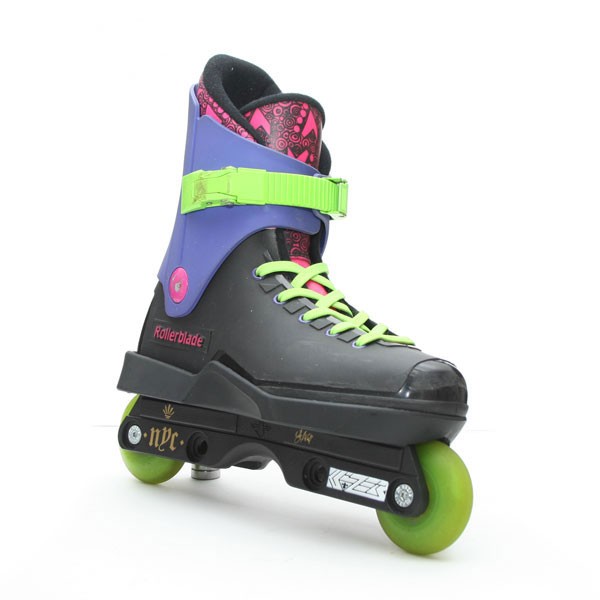 The situation started to turn in 90s, when the in-line skating started to be regular sport and in-line skates you could buy in most sport shops. For the brand Rollerblade is important the year 1991, when Nordica who was a member of group Benetton bought 50 % of share of Rollerblade.  90s are connected with the development , lighter and cheaper materials were used, skates were more affordable and was developed a lot of new technical patents and innovations which are still used today. The biggest boom in America was around year 1996. Rollerblade in that time dominated with almost  40% share in the market with turnover cca 355 millon of american dollars.

Some of the innovations Rollerblade: 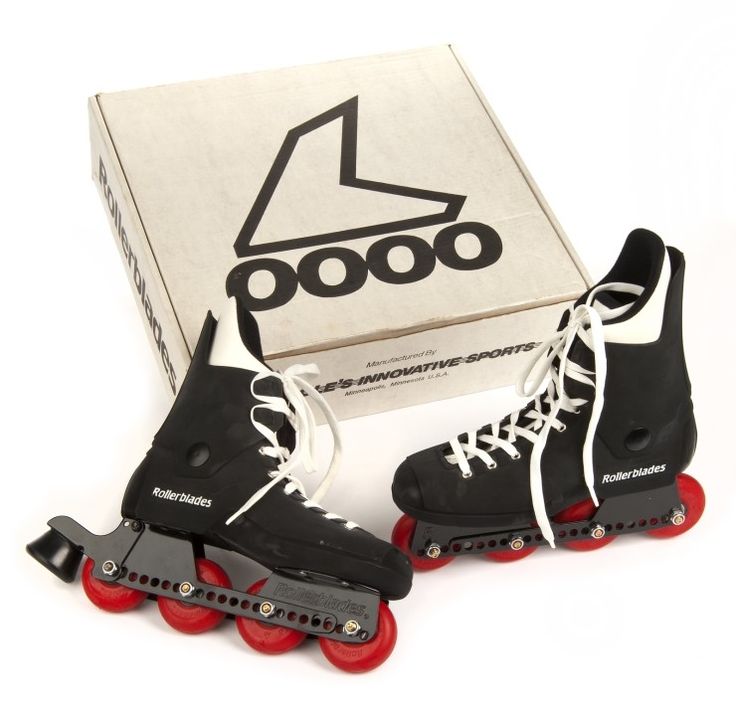 Timeline of the development of the company:

And still today Rollerblade is the biggest and most famous company dealing with production and distribution of in-line skates and accessories.  Under mark  Rollerblade also falls brand Bladerunner, which targets to cheaper range of goods.  Today too we can find skates Rollerblade in many modifications from the cheapest models directed for recreational skaters up to quality fitness, freeskate or junior in-line skates. The biggest competitor of the brand are companies K2, Powerslide, Fila and others... but about these next time.