What is flat setup? And what is rockered setup?

What is flat setup? And what is rockered setup?

Today we shall explain two basic terms, which could be helpful for you, if you want to have more fun on skates. Both of them are regarding setting of wheels and prospectively also choosing suitable frame.

Flat setup or setting in place have those skates, at which all the wheels (usually three or four) at ride touch the ground. 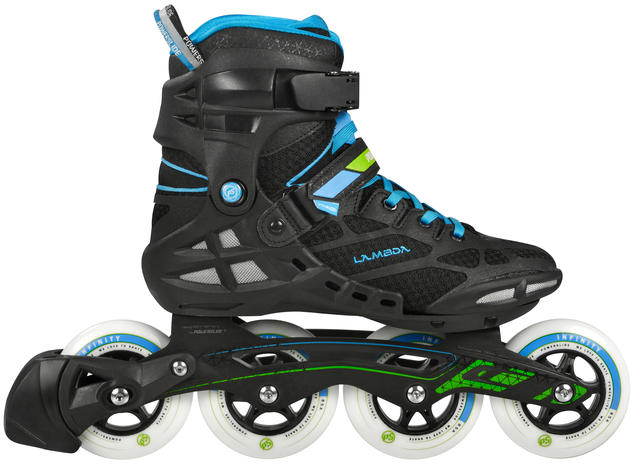 Comparing to this, wheels at rockered setup (let´s say  „cradle setting“) at ride don´t touch the ground all together. Some of them are set higher in special frame, or are smaller than others and don´t reach up to the ground. By this setting you can infuence the maneuverability of skates. It is often used f.e. on inline hockey skates or skates intended for freestyle slalom. There are several possiblities how to set the wheels:

a) You can lift only front wheel - Front rocker:

Smaller front wheel allows easier riding over uneven surfaces (f.e. tracks or clutches). Three back contact wheels allow good reflection and slide and help to the speed, which is closer to flat setup than to classic rocker, which slows down skates. At this setting is comparing to flat setup lower speed, worse directional stability (skates have tendency more "swim" in the speed), but you change direction easier. They can be the alternative for inline hockey or street skating. This rocker is used relatively little.

b) You can adjust the wheels as "cradle" or "banana" - Rocker:

Classic rocker significantly hihers maneuverability, used mostly at freestyle slalom and at all disciplines, where the maximal skill is needed at the small space.  Rocker will allow perfect maneuverability, turning in the small space and easier transfers to the tricks made on the outer wheels, that´s why easiers slalom tricks. Disadvantage is lower speed, in contact with surface are always only some wheels, thanks to which you can´t use reflection fully and slide is then less suitable for direct ride.

It is used primarily on aggressive skates in skatepark for easier overcaming railings and rails. Allows to make larger space for grinds.

This rocker is very similar to classic rocker. Mostly is used at inline hockey and freestyle slalom. Again the main principe of highering maneuverability at the small space. This rocker basically simulates hockey cradle and the most often you can meet with it on inline hockey skates.

e) If wheels are smaller to the top of skate, then it is Hi-Lo Setup.

It is not classic rocker, all wheels are in contact with surface, although is good to mention it. You will recognize it, when front wheels are smaller than back ones. Exceptionally can be graduated by wheel, then f.e. 80, 78, 76, 74 (size of wheels in mm).

It is used on skates at inline hockey and fitness skating on cyclo paths. Your weight is more in front, which allows significant better accelarion (main reason of using at inline hockey), and better sprints. Smaller wheels in front also allow lower the center of gravity and shorten the frame, which has direct influence on stability and maneuverability. At speed it is compromis, in the case of picture above we will get higher speed than with using 4 x 76 and lower than with 4 x 80mm. For this rocker is frame already prepared from production, possibly it can be set by help of excentric screws or insoles.

As it was already said, we can get special frame for rockered setup – to this one you can input all wheels at the same size (f.e. 3 x 90mm), because chosen wheels will be placed in frame higher and the frame is then on rocker adjusted from the production. Often is possible to achieve rocker with excentric axis or distance excentric insoles, which are componed right to the frame and then are in setting variable.

What we really use rockered setup for? Depends which one - by rising of outer wheels you can higher possibility of maneuverability, but at the expense of stability. Comparing this "anti-cradle" setting is suitable for aggressive skating for riding down on railway, rails etc. It´s enough to obtain two sizes of wheels, and right away you will higher your possiblities, how to have real fun on skates.

So go for it and we keep fingers crossed! 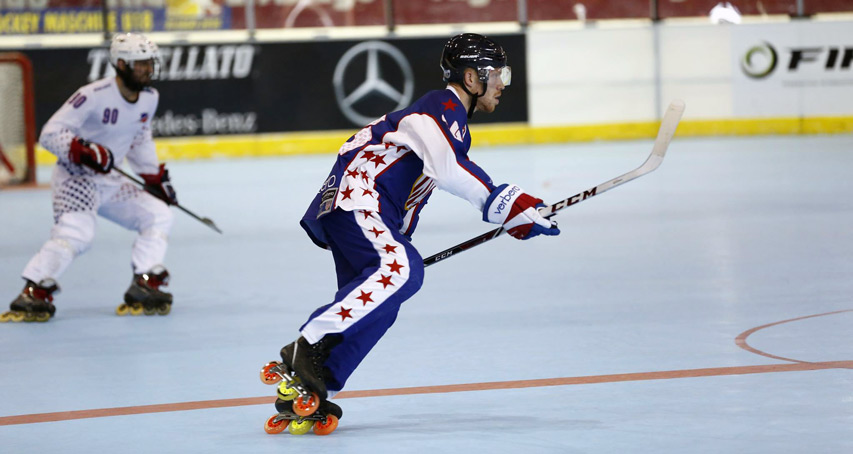 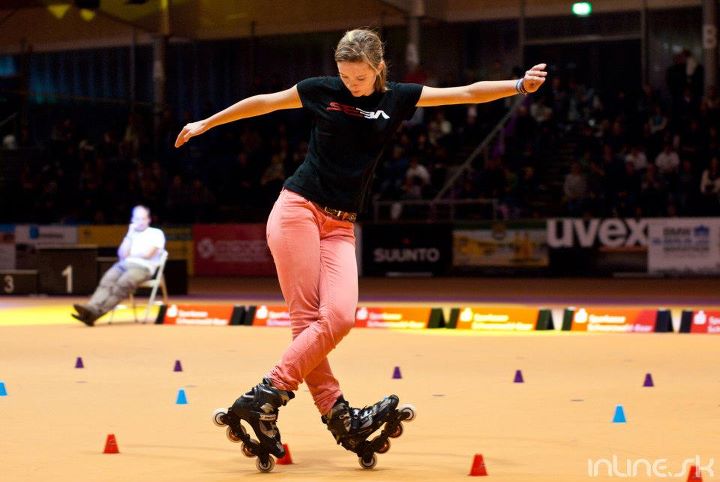