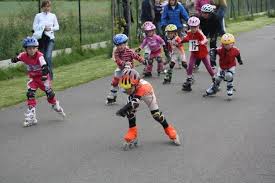 I would like to invite all skating ethusiasts to small, but friendly skating cup called Běchovice crown. The event takes place in Prague 9 - Běchovice in local sport site Na Korunce (inline circuit 333 metres) on each first wednesday from april to september.

First race already happened on 6th of April. Another race is here in just a few days - wednesday 4th of March. Other dates are June 1st, July 6th, August 3rd and September 7th. There will always be skating contest for all age groups in two or three disciplines (meaning different tracks). On 28th of September there will be so called Reverse crown which will include summary of all races and also some nontraditional races such as skating backwards etc. - so adults and kids will have fun :) 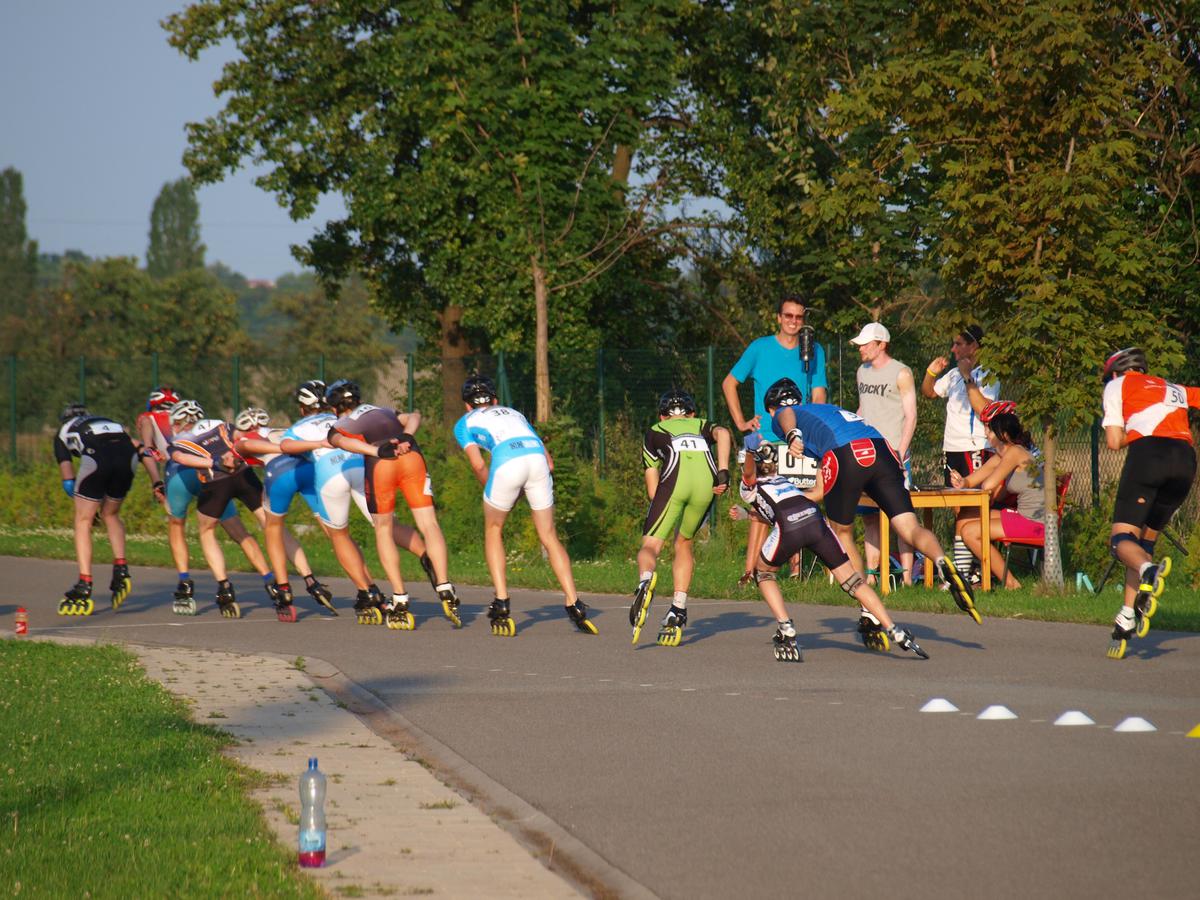 Who is the race held for?

Naturally, most of the contestants are children from Prague´s skating clubs or clubs near the capital city. However, if you have skillfull skating child who can skate quite fast, don´t hesitate to attend Bechovice crown. You can also meet here with trainers and coaches from clubs, in case you would be interested in speedskating. They will gladly give you some details and information about training (in case they would not be here as timekeepers etc.)

Adults take part in Crown race as well. If you are confident about yours skating enough - you are advanced skater, come and see how you stand, especially if you skate on 100mm wheels and biger. You can have nice and contributive conversation with other contestants while waiting for the race. Believe that we are all fans of skating and we will be happy to initiate you to the mistery of inline skating :)

How is the Crown organized?

The shortest track is first, all age groups skate, then there is middle track and in the end the longest track.

Lenght of tracks and age groups:

Long tracks for 6 and 9 rounds are set according to weather and sunlight.

Races start at 17:45, but it is neccessary to arrive 1 hour earlier for registration and warm up. As it has been stated above, the youngest skaters - beginners - 5years old and younger are first (20m race). Then is time for D category (100m), C etc..

After finish of middle track organizers will announce the winners from first three age groups, because they ride only two tracks. Usually first five places are announced, all skaters will obtain diploma and first three even sweet medal.

Longest track follows after the announcement of these categories. In order to save time and to make the race a bit entertaining, more age groups usually starts alltogether. However, first three places are announced separately for each age group. They will as well obtain diploma and gingerbread medal (which is delicios by the way - hardly any skater takes it home, usually all winners eat it straightaway)

It is clear that cadets or juniors skate really fast (over 30km per hour), though for us, adult skaters is Crown more about fun and training. Turnout is not huge so do not be afraid and come to try skating circuit with perfectly smooth asphalt - withouth dogs, mums with baby carriages so you can skate as fast as you can!

Do you have three-year or four-year old kid who skates ? Bring him too, 20 or 200 m is perfect for kids!

Do not forget to wear helmets - you will not be allowed to race without it. Protectors are recommended, it is no shame to wear them!

If you do not want to attend the race, you can at least watch and support us! It is worth to see teenagers who are young hopefuls in skating field. It is worth to see how little skaters bravely stand back up after fall. Come and get inspired by skating.

We are looking forward to seeing you 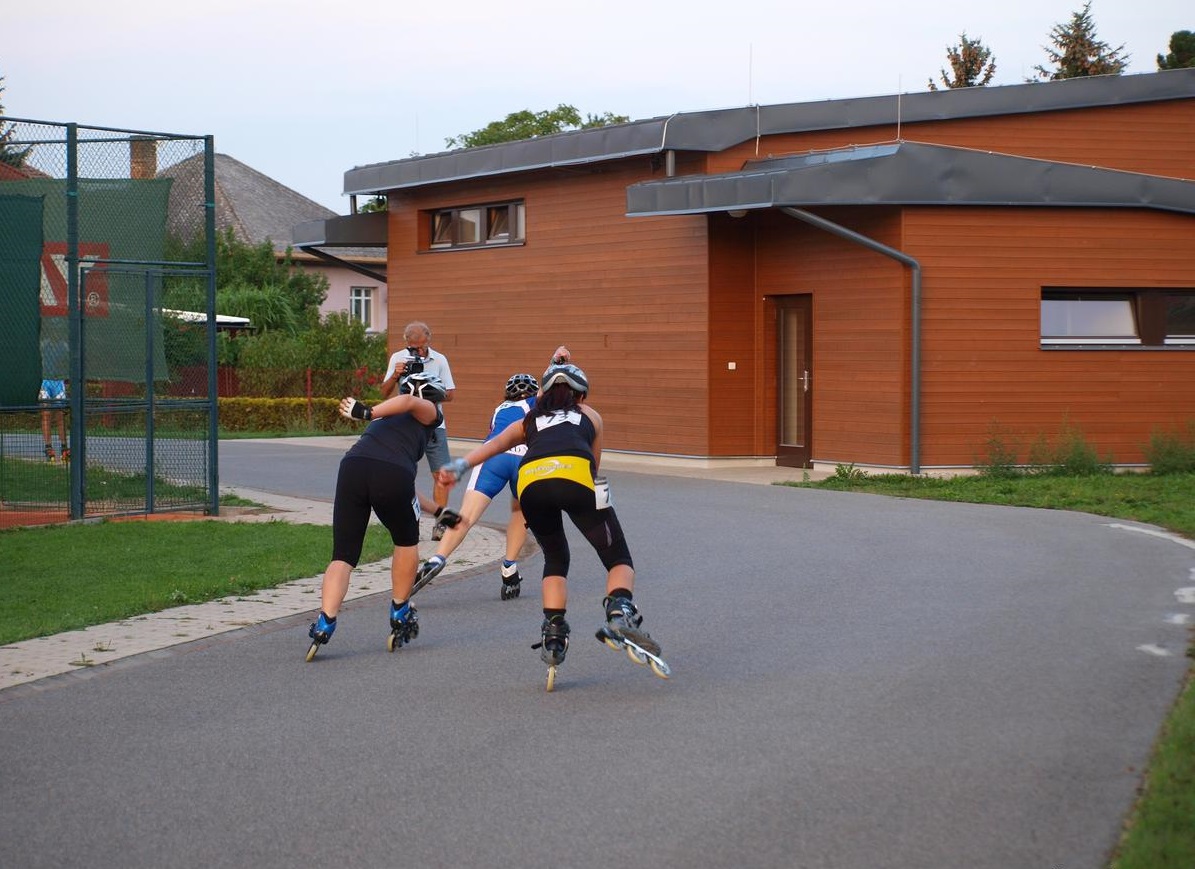